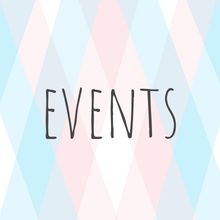 Information about past Visibility & Remembrance events is below.

What resources does Hil Malatino’s short, often sweet, always incisive, and absolutely indispensable pocketbook Trans Care (2020) offer for theorizing not only new trans carewebs, but also intersex care? For Malatino, trans care encompasses a range of mutual aid and counter-hegemonic care practices that collectively challenge the cisheteronormative family form and the structures of violence on which it rests, including racial capitalism, ableism, gender binarism, and settler colonialism. Trans care materializes unique queer temporalities and geographies of being and belonging. It comes in the wake of an event or events—after a significant transformation. Trans care facilitates healing in the wake of transformation and “supports emergence into a radically recalibrated experience of both bodymind and the world it encounters” (3). In this presentation, I seek to distill a kindred theory of intersex care from Malatino’s work. I argue that Malatino’s theorization of trans care emerges through a critical intersex ethos, an ethos grounded in the lived experience of people whose bodyminds do not fit standard definitions of male and female. I use the term ethos rather than ethic to denote practices “of living otherwise” rather than a set of moral principles (5). A critical intersex ethos is a practice of living otherwise that draws its strength, resilience, and “resistance regimes of the normal” (Warner 1993, xxvi) directly from the lived, embodied experiences of intersex people.

Meditations on Blackness and Gender Nonnormativity: A Lecture and Conversation with Professor Marquis Bey
February 24, 2022 at 6:00pm
View the recording of this event: https://youtu.be/7IMdbJ8CruA

Professor Marquis Bey will deliver a public lecture on the convergence of blackness, transness, and black feminism via the Black Radical Tradition. Bey will offer a meditation on blackness and gender nonnormativity in ways that recalibrate traditional understandings of each, ultimately, calling for attendees to recognize and increase their capacity for allyship across racial and gender divides.

Dr. Marquis Bey is Assistant Professor of African American Studies and English, and faculty affiliate in Critical Theory and Gender & Sexuality Studies, at Northwestern University. Their work focuses on black feminist theory, transgender studies, continental philosophy, and abolition. The author of multiple books, Marquis's most recent publications include Black Trans Feminism, to be released in February 2022, and Cistem Failure: Essays on Blackness and Cisgender, to be released in September 2022, both with Duke University Press.

From the Olympics to Personal Fitness: A Conversation on Decolonizing Sports with Dr. Katrina Karkazis and Roc
February 8, 2022 at 6:00pm
View the recording of this event: https://youtu.be/DguL_UuqJUI

"From the Olympics to Personal Fitness: A Conversation on Decolonizing Sports" invites you to attend a discussion on topics in sport that are not always critically engaged (e.g. the erasure of trans athletes from sport institutions and the unequal scrutiny professional athletes of color face). Insofar as the humanities speak to universal human concerns, this conversation seeks to embrace inclusion as we decenter traditional representations in sport. There will be an opportunity for audience questions.

Dr. Katrina Karkazis is a cultural anthropologist and bioethicist who examines medicoscientific beliefs about gender, sexuality, and the body. Her first book, Fixing Sex: Intersex, Medical Authority, and Lived Experience explored controversies over medical interventions for people with intersex traits. This was followed by research and advocacy on “sex testing” of elite women athletes. Her latest co-authored book, Testosterone: An Unauthorized Biography was published by Harvard University Press. A Guggenheim Fellow and member of the Institute for Advanced Study, her work has been supported by the National Science Foundation, the Social Science Research Council, and the American Council of Learned Societies, and has been published in Science, BMJ, and The American Journal of Bioethics, among others. She was an expert witness in Dutee Chand’s successful appeal of World Athletics’ testosterone eligibility regulations at the Court of Arbitration for Sport (CAS) in Lausanne Switzerland, consulted with Caster Semenya’s team prior to her hearing at CAS, and has worked with the UN, Human Rights Watch, and other NGOs on this issue. Her writing has appeared in the New York Times, The Guardian, Wired, the New York Review of Books, among other outlets.

Roc is a cultural worker and founder of Rooted Resistance, a grassroots practiced-based community committed to reimagining movement and physical activity for transgender, gender non-binary, intersex, and queer people in the U.S. South. Movement outdoors is our form of refusal to commercialized notions of the body and an imperative intergenerational space that curators a growing and emancipatory relationship with our bodies, each other, and the land. Roc is currently a doctoral candidate in the Department on Sport Management at Florida State University (traditional and ancestral territory of the Apalachee Nation, the Muscogee Creek Nation, the Miccosukee Tribe of Florida, and the Seminole Tribe of Florida) with a focus on physical cultural studies and Black Trans* bodywork as a site of sport pedagogy. Roc’s studies are concerned with unsettling “sport” through understanding how histories of land, power, sugjugation, and colonialism interact with bodies (human and non-human) in sport and physical cultural spaces. Most importantly, Roc’s interest is in the ways that Black queer and trans* folk construct and produce placemaking spaces that tends to collective Black life through human movement. You can read Roc’s first published co-authored piece in the Journal of Communication & Sport titled, "“That’ is Terrible News!”: Media Framing of Mamba Mentality Within Contemporary U.S. Racial and Gender Politics."

"The Power of Art in Social Change" is a lecture with a poetic performance and presentation by Kalki Subramaniam, a celebrated transgender artist and activist from India. Kalki will speak about how, as an artivist, she has broken stereotypes and continues to establishing social acceptance in India by encouraging transgender persons to get involved in activism through art and performances.

Kalki creates artworks that are vibrant, colorful and creates pop art and surrealist artworks which are mainly portraits of humans. Kalki primarily uses vibrant fluorescent acrylic paints to create large artworks. She mostly paints portraits, faces that inspire and influence her. She also uses different mediums of paints to create vibrant portraits that express the versatility, beauty and emotions of queer and trans figures. She has received numerous awards for her artistic contributions and for her community art projects. She has exhibited her artworks in art shows in India, Canada, USA and the Netherlands. She has participated in solo and group shows.

Kalki Subramaniam's artwork is included in Visibility & Remembrance: Standing with the Trans* Community.

Opening remarks will be by dramaturg Finn Lefevre, followed by the Artists in Conversation event. Joining us for this artist talk will be V&R exhibit artists Mac McCusker (USA), Sukhy Parhar (Scotland), and Lee Pearson (USA).

Opening remarks by Finn Lefevre are below.